Balkans Act Now! – Reflecting on Success and the Road Forward

At the start of November 2021, the NHC and partners held a two-day closing conference of our collaborative Balkans Act Now! (BAN III) project – including a workshop with Herman Bolhaar, the Dutch National Rapporteur on Human Trafficking who published their 2016 – 2021 report on Human Trafficking in the Netherlands yesterday.

The two days of the conference were a chance to reflect on the four-year project, by celebrating successes, highlighting challenges and ultimately discussing the future of anti-human trafficking efforts in the region. Day one focused on presenting the results of the BAN III project, while the workshop was “a moment to ask questions and really have a dialogue,” as explained by Hester van Ommeren, Programme Officer at the Netherlands Helsinki Committee. 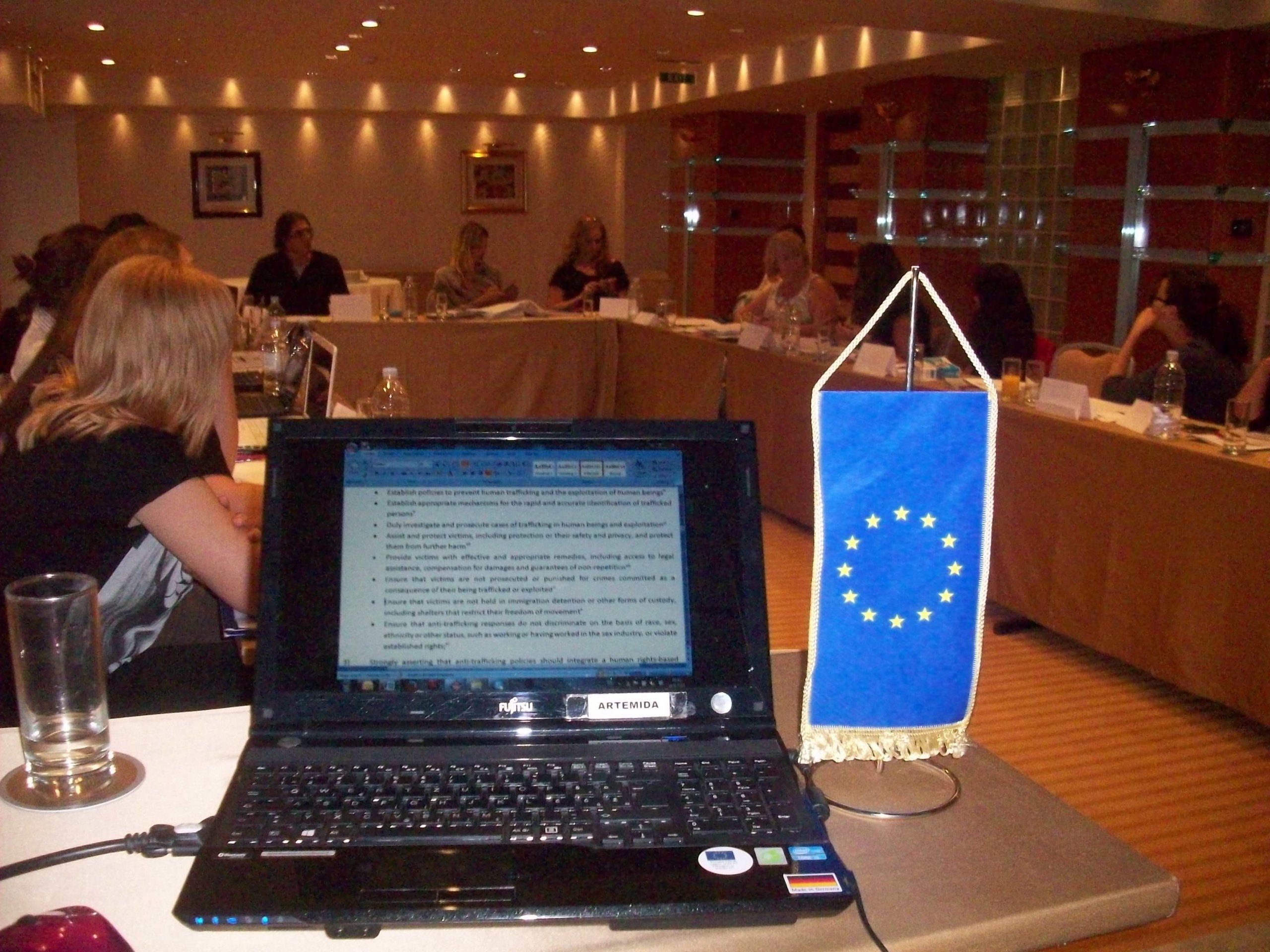 Photo from an advocacy training from the first Balkans Act Now! Project in 2013

BAN III was successful on multiple levels, including the areas of cooperation, advocacy and raising awareness of human trafficking issues in the region.

the NHC facilitated several exchanges between local countries and the office of the Dutch National Rapporteur on Human Trafficking. Since human trafficking is an issue which often transcends borders, at the NHC we believe it’s fundamental to establish cross-border networks.

Meaningful cooperation and connection within the region and within Europe as a whole is especially relevant now that BAN III advocacy efforts have contributed to the introduction of independent National Rapporteurs on Human Trafficking in both North Macedonia and Serbia. National Rapporteurs represent the opportunity for local tailored monitoring, reporting and solutions, with the power to network across borders. Magdalena Nestorovska, National Coordinator against Trafficking in Human Beings and Illegal Migration (North Macedonia) emphasised the importance of full independence of the Rapporteurs, in practice as well as on paper.

Alongside the implementation of a National Rapporteur, due to advocacy efforts North Macedonia is also on its way to approve a law on compensation for victims of criminal acts before the end of the year, which should ensure adequate compensation for victims of human trafficking. The law is based on a feasibility study produced by BAN II, and will be one of the first of the kind in the region.

The project focused not only on taking action, but also on ethics and motivations behind action. Producing an Accountability and Transparency Charter, signed by 19 CSOs so far, again the first document of its kind in the Western Balkans. The Charter will improve the visibility of the signatories, and states that it will show “by whom we are paid, who we employ, what our goals are, our results and our failures, and how we take care that the way we work is consistent with the values we promote.” The aforementioned will contribute to building trust with partners, establishing shared monitoring indicators and improving communication with the general public.

The positive testimonies, the lessons learned, the achievements of these four years are not the end of the line. They are one step in the fight against human trafficking in the Western Balkans, and in Europe in general. And even though challenges were faced by project partners – such an implementation during the pandemic, as well as multiple national elections – all conference participants agreed that with its focus on strengthening cooperation, establishing functioning and efficient monitoring tools, and victim protection and assistance measures, the project can be considered a success. 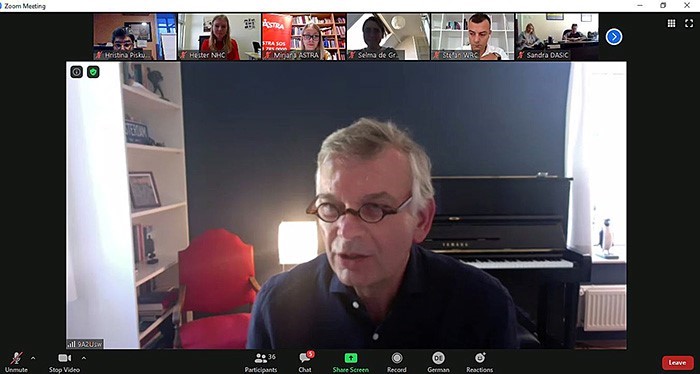 Herman Bolhaar during an online study visit in 2020

Three main themes on how to best move forward emerged over the two days: looking at the bigger picture, remaining proactive and building a network for sustainability.

To stress the importance of looking at the bigger picture going forward, Bolhaar used “pick pockets in Amsterdam,” as an example, he highlighted the importance of checking whether the pick pockets, which are often young boys are “part of a group that is being exploited by a man behind the scenes,” whether they are victims of human trafficking, specifically labour trafficking. Explaining that a “cop on the beat needs not only to blindly arrest the pickpocket but look further into the problem: otherwise you don’t treat the real issue.”

Herman Bolhaar explained during the workshop that whilst the current stance of the government towards combatting human trafficking is reactive, a proactive approach would be much more effective, adding that what we should be doing now is creating a coherent analysis of the problem:

“…if your analysis isn’t sharp enough you end up with a very chaotic, very incident driven way of acting.”

This results in a reactive approach which only treats the symptoms, rather than preventing the issue from occurring in the first place.

In order to act as early as possible to combat human trafficking, the Dutch Office of the National Rapporteur works on a very local level together with, for instance, schools as well as mayors. Building a network for sustainability emerged on both days as an important point of focus going forward. For example, Maja Raičević, from the Women ‘s Rights Center in Montenegro reported how important it was to be able to establish cooperation with journalists. Specifically those who were trained on human trafficking and were therefore able to produce good quality investigative journalism pieces about the topic. Similarly, Ermonela Xhafa from the Commissioner at Ombudsman of Albania said that their connection with centres for victims of trafficking were essential in allowing them to collect necessary data.

The closing conference pointed towards promising developments in combatting human trafficking both in the Netherlands and in the Western Balkans. While looking back at the successes of BAN I, II and III, going forward all partners stressed the importance of continued monitoring on human trafficking in the region. As Mike Dottridge – international anti-trafficking expert from the United Kingdom – said, it is important to keep reviewing monitoring indicators together to ensure that monitoring does not become a sterile exercise set in stone, but stays up to date and keeps evolving with the situation.