Conference on reproductive rights in Tajikistan 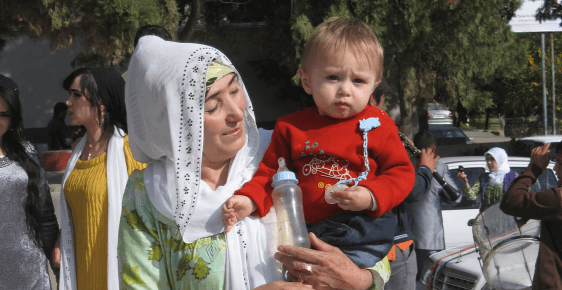 On the 1st of November a conference took place in Dushanbe, Tajikistan addressing the “Human rights based approach in the social policies of Tajikistan with a special focus on reproductive rights. This conference was organized in the framework of a cooperation project between the NHC and Tajik Public Foundation “Nota Bene”. The project “Promoting women and child rights-based social and economic policies and strategies” is financed by the Netherlands Ministry of Foreign Affairs and implemented not only in Tajikistan, but also in Uzbekistan and Kyrgyzstan.

At the current conference participants from government and non-governmental organisations entered into a lively discussion about the situation with regard to reproductive rights in the country. Tajikistan has committed itself to all important international conventions in this area and also has sufficient legislation in place in their own country. In the past months Nota Bene evaluated the Tajik Strategic Plan on reproductive health for the period 2009-2014. It appears that while ambitious goals have been formulated in this plan the government fails to provide the necessary financial resources to implement this Plan. The total share for health in the state budget is as low as 1.9%. Besides no state agencies have been appointed for carrying out the tasks formulated in the Plan. At the end much of these governmental responsibilities are financed and taken care of by foreign donors, such as the UN.

Tajikistan faces a large number of problems in the area of reproductive health, such as a high rate of infant and maternal mortality (17%), insufficient access to medical facilities in rural areas, lack of experienced and motivated medical staff (mainly due to low salaries), high level of natural abortion due to bad liviing circumstances and HIV is a growing problem caused by the large number of male migration workers, to name just a few. There is an immense lack of information about the availability of services and awareness of women about their rights.

The participants at the conference jointly formulated recommendations and agreed to cooperate to present the results of their evaluation and the recommendations to the government and especially to the Consultative Council at the Ministry of Health within the coming weeks.