In the second quarter of 2020, 22 cases of persecution of activists were recorded in the territory controlled by Ukraine. This came in the forms of destruction or damage of activists’ property, physical aggression, including the use of explosives, threats and other forms of pressure, judicial proceedings, privacy violations, and detention or search. In addition, the NGO Digital Security Lab Ukraine observed several hack attempts of activists’ social media accounts, phishing attempts and online intimidation incidents. In the period covered by the report, the most risky activities included anti-corruption activities, opposing illegal construction, and defending LGBTI+ and women’s rights. 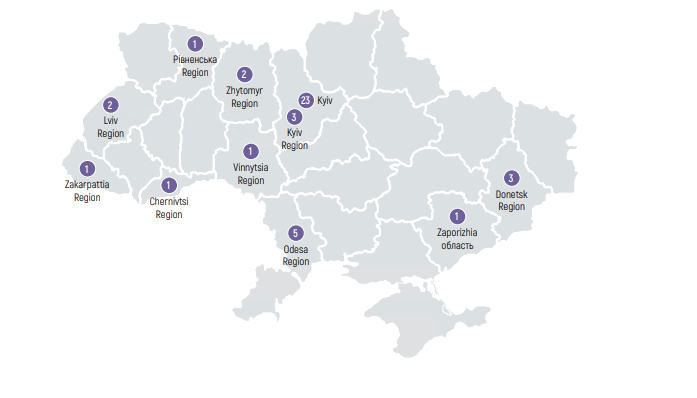 The report was presented on July 31, 2020 at a press conference entitled “Activism During the Quarantine: Old Investigations and New Attacks on Civil Activists in Ukraine,” which took place at the Ukrainian Crisis Media Centre in Kyiv. The press conference addressed a particularly worrisome development, namely the registration of bills at the Ukrainian parliament that pose the risk of restricting the right to freedom of association. In the first half of 2020, at least 8 bills were registered at the Ukrainian parliament that are threatening for non-governmental organisations and human rights defenders. These bills equate the advocacy of civil society organisations to commercial lobbyism, propose to exclude those who have previously worked in the civil sector from government, introduce the concept of “foreign agents,” and ban civil activists from holding protests near court buildings. Very alarming as well is the bill that proposes to prohibit “propaganda of homosexualism”.

According to the report, a number of phenomena continued to affect civil society activities in the second quarter. In addition to COVID-19 measures continuing to narrow the forms and options of peaceful civil society activites, the smear campaign against the “Sorosiata” (Soros Kids) continued to unfold. The campaign continued to discredit civil society and reformers in government by associating them with businessman and philantropist George Soros, mostly on social media and media known for systemetically failing to adhere to journalistic standards (for more on how these developments started, read the first quarterly report). Despite restrictions imposed by the government to counter the coronavirus, peaceful gatherings continued in Ukraine. In some cases the police’s actions were neither lawful nor proportionate.

In order to combat pressure on civil society, and encourage human rights defenders to remain active, the NHC, in partnership with ZMINA Human Rights Centre, are implementing a project, entitled “Increasing the Role and Protection of Human Rights Defenders in Ukraine,” with financial support from the European Union. This project aims to stimulate public demand for defence of human rights in Ukraine, which will help to remove obstacles for independent civil society and the Ukrainian society as a whole. One of the ways of doing so is by producing quarterly and annual reports that provide full and up-to-date information about the pressure and risks human rights defenders and anti-corruption activists face. These reports are created to inform representatives of the government, media, international missions, partner organizations, and the general public.

The second report on the trends and individual cases of persecution of human rights defenders and anti-corruption activists in Ukraine can be found here:

The contents of this publication is the sole responsibility of the ZMINA Human Rights Centre and does not necessarily reflect the opinion of the European Union.