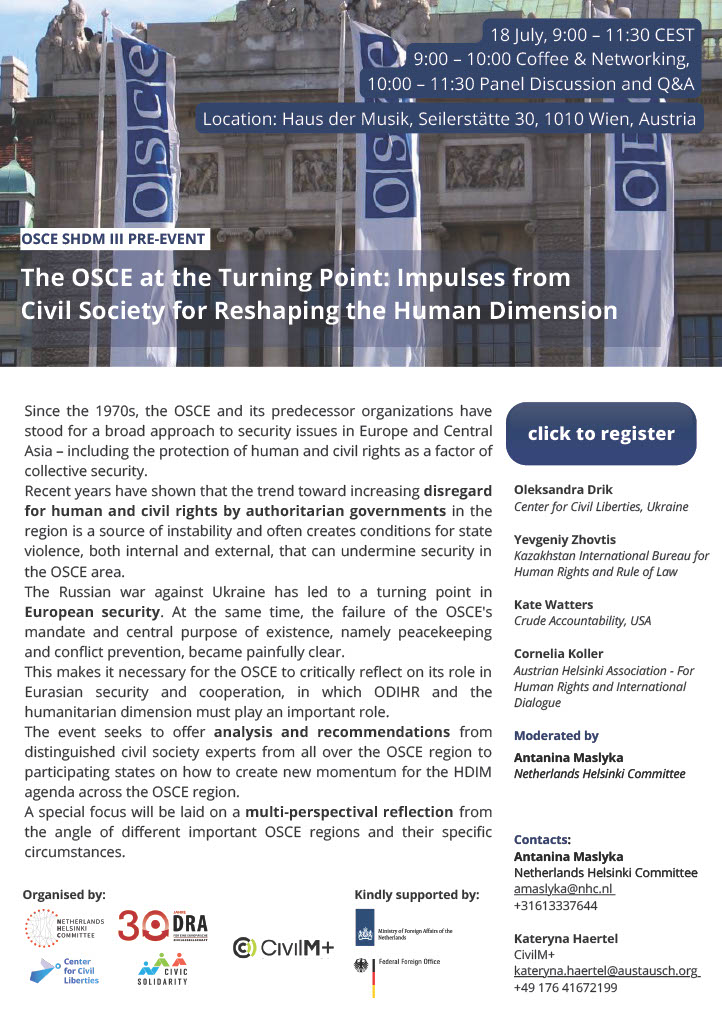 Since the 1970s, the OSCE and its predecessor organizations have stood for a broad approach to security issues in Europe and Central Asia – including the protection of human and civil rights as a factor of collective security.

Recent years have shown that the trend towards increasing disregard for human and civil rights by authoritarian governments in the region is a source of instability and often creates conditions for state violence, both internal and external, that can undermine security in the OSCE area.

The Russian war against Ukraine has led to a turning point in European security. At the same time, the failure of the OSCE’s mandate and central purpose of existence, namely peacekeeping and conflict prevention, became painfully clear.

This makes it necessary for the OSCE to critically reflect on its role in Eurasian security and cooperation, in which ODIHR and the humanitarian dimension must play an important role.

The event seeks to offer analysis and recommendations from distinguished civil society experts from all over the OSCE region to participating states on how to create new momentum for the HDIM agenda across the OSCE region.

A special focus will be laid on a multi-perspectival reflection from the angle of different important OSCE regions and their specific circumstances.

Kindly supported by: The Ministry of Foreign Affairs of the Netherlands, The German Federal Foreign Office