On 22-23 October, the NHC and CILC brought together experts and practitioners in probation from the Netherlands and Latvia to meet with Ukrainian counterparts in an effort to push forward the probation system in Ukraine. This was part of a project aimed at developing the capacity of the Ukrainian Probation System. Probation and alternative sanctions are a recent addition to the country’s justice system, implemented for the first time in 2017. The meetings facilitated an exchange of knowledge and experiences amongst probation practitioners, including judges and prosecutors. A major aspect of the project is the involvement of all key actors in the criminal justice system to ensure the effective application of probation sanctions. “The meetings were fruitful… I could see the advice of external experts starting to be implemented by key stakeholders such as prosecutors and judges. This is necessary because probation cannot work on its own,” said one official from the Center of Probation, the probation service of Ukraine.

we need to show the public that offenders are a part of society and probation is contributing to safer society for all.”

In addition to a peer-to-peer exchanges, project managers also visited districts in Kyiv city and Kyiv oblast where pilots in different elements of probation are being prepared. Supervision and pre-trial reporting are just some of several pilot approaches being launched and fine-tuned throughout the project period. This “pilot approach” helps generate knowledge on good practices that can subsequently be used to replicate successful approaches in the other regions. “The more time has passed since the launch of these pilot programmes the more we hear from stakeholders that the different programmes actually need and complement each other,” said NHC Programme Manager Koen Goei. “We see in one region where they are trying out community sentencing, would benefit from pre-trial reports that are being introduced in another region,” he explained.

Beyond the development and implementation of probation systems themselves, participants discussed the importance of increasing the understanding of the public. When asked what the general perception surrounding probation was in the country, a representative from the Communication office said there was confusion regarding the topic and a general unwillingness to openly discuss issues of criminal offenders amongst broader society. Anna Trushova, Head of Probation Communication and Information Support at Probation in Ukraine said, “Some think we are here just to help criminal offenders, we need to show the public that offenders are a part of society and probation is contributing to safer society for all.” “A benefit of probation is lower rates of recidivism amongst those who have gone through this system,” said Jochum Wildeman, Manager at the Dutch Probation Service, when explaining how probation can contribute to less crime. These core messages need to be communicated to the general public and key decision makers to ensure the effectiveness and sustainability of the probation system in Ukraine. During the trip, communication officers, worked with Imants Mozers, Head of Public Relations of the Latvian Central Office of the State Probation Service, on developing a campaign aimed at delivering these key messages.

A follow up trip is planned in the next few months, where an assessment of what has happened since will take place and the next steps will be agreed upon amongst stakeholders. While a lot of progress still needs to be made, the representatives from the Netherlands and Latvia left Kyiv feeling positive about the improvements that have already been accomplished. “We aim high and are getting there with small steps,” said Wildeman, when asked how he saw the project going. 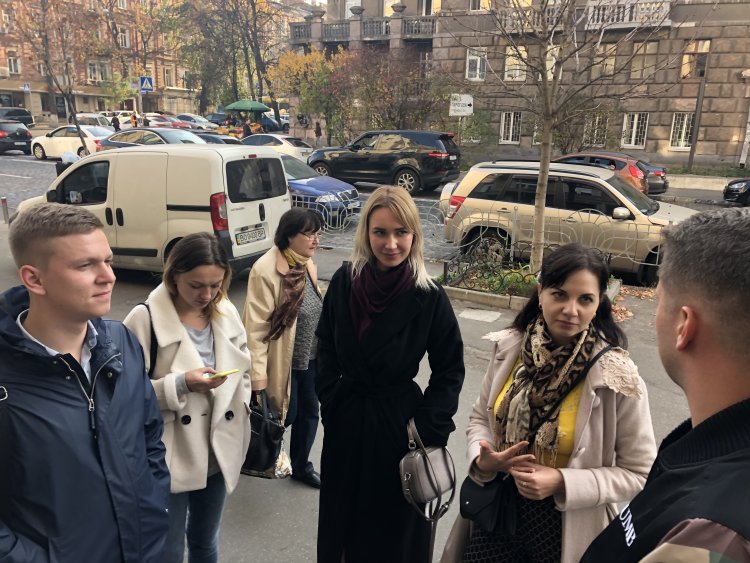