TIRANA, ALBANIA – On 19 & 20 February 2019, the Albanian Police – in cooperation with the Dutch National Police and the NHC – presented a work plan outlining activities for a project on ‘Countering Discrimination and Protecting LGBTI Rights in Albania’. 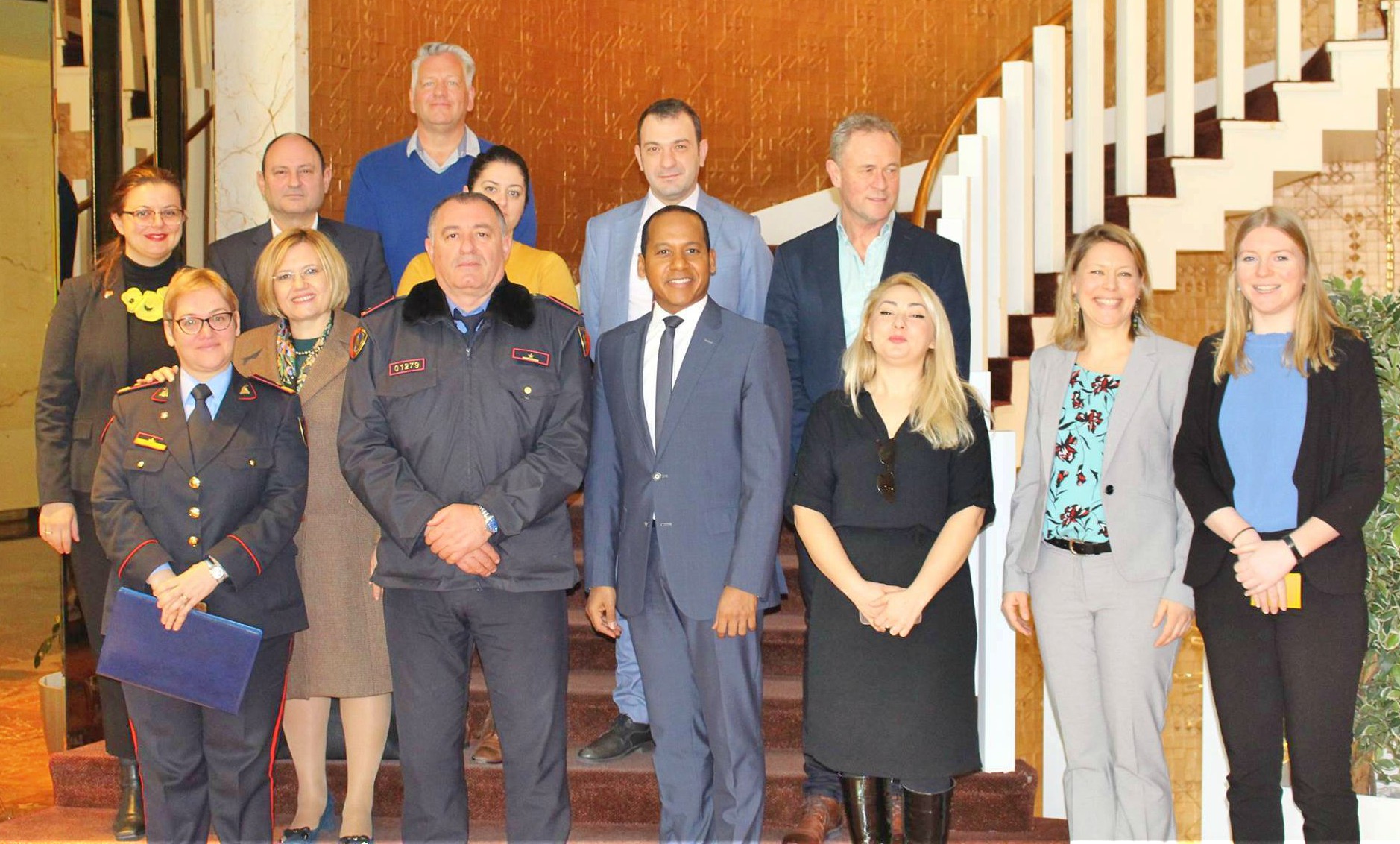 Albanian participants from various branches of government, the Police, NGOs and their Dutch counterparts met in Tirana.

The two-day meeting began with an opening ceremony where the Vice President of the Albanian Parliament, Deputy General Director of Police, Commissioner for Protection from Discrimination, Director of the NGO ProLGBT, and Senior Policy Officer of the Embassy of the Netherlands, spoke about the particular importance of LGBTI protection activities to the human rights situation in Albania.

The Vice President of Parliament stressed the importance of compliance with EU Directives, and underlined the need for better cooperation between justice chain partners, with a focus on supporting victims. The Commissioner for Protection from Discrimination noted that within marginalized groups, LGBTI received even less support from justice chain partners. LGBTI organizations received 421 cases of LGBTI discrimination in 2018, of which only five were reported to authorities, supposedly due to a lack of confidence in their ability to properly address such cases.

Subsequently, a technical-level meeting – involving local representatives from the police, prosecution services, municipal gender equality office, and human rights institutions – was organized. Also in attendance were a number of NGOs that form part of the domestic violence referral mechanism in Tirana, Vlorë, Lezha and Kükes. The meeting resulted in the drafting of an action plan for criminal justice chain partners from each municipality, which complemented the project aim of strengthening collaboration on the increased reporting, investigation, registration and prosecution (or other types of follow-up) of incidents of hate crime, hate speech, hate propaganda and discrimination against the LGBTI community in Albania.

The activities at the two-day meeting aligned fully with the ‘National Action Plan on LGBTI People in the Republic of Albania 2016-2020’, which was adopted by the Albanian Government in 2016. Many of the activities specified in this Action Plan need to be implemented at local level in order to have a sustainable impact. The efforts by various Albanian actors at the recent meeting in Tirana will contribute considerably to the implementation of the Action Plan, and thereby to the accession process of Albania to the European Union.

The clear motivation and involvement of the Albanian police in the project is much appreciated by their Dutch partners. Such open cooperation is needed in order to strengthen the capacity of the police, prosecutors and judges to respond to incidents of hate crime, hate speech, hate propaganda and discrimination.

In the coming two years, the Albanian police, together with its Dutch counterparts and the NHC, will work on the implementation of various activities connected to the promotion of human rights, particularly LGBTI rights. These will include, but are not limited to, curriculum development, reporting and registration, data management and awareness raising. A regional conference will be held at the end of the project in order to discuss experiences and lessons learned in both Albania and other Western Balkan countries. This joining of forces, insights and best practices aims to support a more LGBTI inclusive climate.