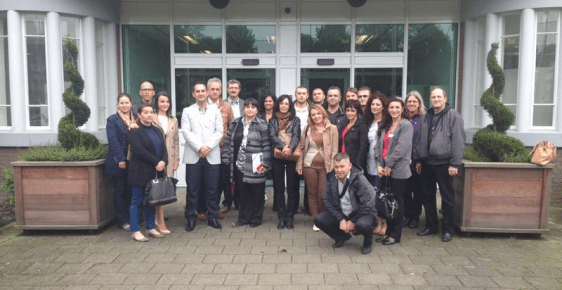 Between October 6th and October 10th, 16 North Macedonian representatives from Ohrid Prison and the Educational-Correctional Institution Tetovo visited the Netherlands. Their visit is part of the project: ‘Improvement of prison conditions for reintegration of juvenile detainees in Albania, North Macedonia and Kosovo’. The aim of this study visit was to give the North Macedonian representatives an impression of how education, treatment, labor and vocational training are integrated in the Dutch juvenile justice system.

After the arrival of the participants, the program started with a visit to the Dutch National Prison Museum in Veenhuizen. The director of Juvaid, a correctional institute for juvenile offenders in Veenhuizen, delivered an additional explanation on the Prison Museum and the current treatment of juvenile detainees. In the afternoon, a visit was paid to Het Poortje, a closed juvenile treatment center. During a visit to Juvaid the North Macedonian participants joined their colleagues in their everyday work. The afternoon was used to share and discuss experiences. The North Macedonian prison staff also went to the Penitentiary Institution in Tilburg for a guided tour and a discussion, in which attention was paid to the importance of labor in penitentiary institutes.

The study visit took place in the framework of the project “Improvement of Prison Conditions for Reintegration of Juvenile Detainees in Albania, North Macedonia and Kosovo”. During their time in detention, juveniles in Albania, North Macedonia and Kosovo are hardly able to work towards their reintegration into society. In cooperation with the local prison system, local human rights monitors and Dutch experts, the Netherlands Helsinki Committee has devised a project to create prison regimes which enable juveniles to enhance their capacities during their detention. The project is based on the idea that foundations for successful reintegration are laid within places of detention, with an emphasis on treatment, education, labor and vocational training. The study visit showed these elements to the North Macedonian representatives, aiming to inspire them.

More information about the project can be found here. 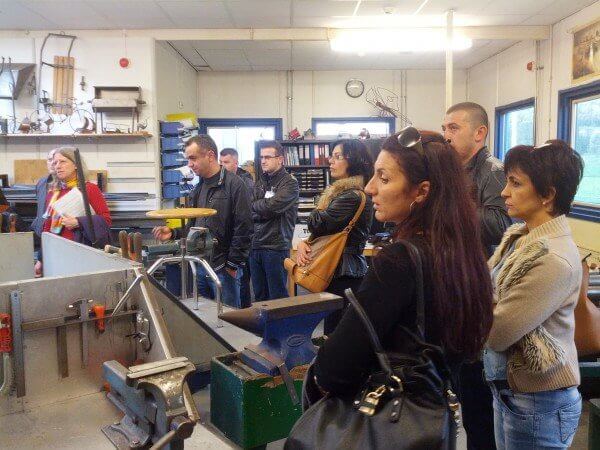