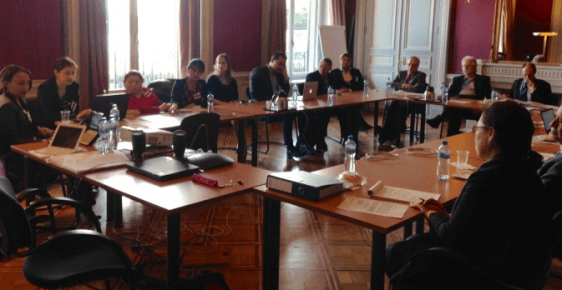 The situation with regard to economic, social and cultural rights in Tajikistan has been discussed during the 54th session of the UN Committee on Economic Social and Cultural Rights on February 24th and 25th in Geneva. The discussion was based on a report written by the State assessing their proper compliance with the norms in the Covenant on Economic, Social and Cultural Rights. In addition the Committee used information from international organisations and non-governmental organisations.

A coalition of Tajik NGOs has compiled relevant information and written its own assessment of the compliance of the Covenant by the Tajik State in a so-called ‘shadow report’. This process was supported by the Netherlands Helsinki Committee and the International Partnership for Human Rights.

Ahead of the session between Government and Committee, NHC organized an informal briefing for Committee members in order to give additional information about the situation of economic, social and cultural rights in Tajikistan. Five representatives of Tajik NGOs presented their findings.

Some main points from the shadow report have been highlighted. These are, amongst others:

NHC project manager Jan de Vries about the report: “In general the report paints a bleak picture of respect, protection and fulfillment of economic, social and cultural rights in Tajikistan. This starts of course with conclusion that there is very little awareness about these rights at Government and Parliament level. Since there is little public consultation about policies, legislation and strategies, there is hardly any assessment of the impact of these instruments on the rights of people. In implementation little attention is given to this as a consequence.” He continues: “That is if these instruments are actually implemented at all. We understand fully that the Tajik Government works with limited resources, but that does not mean it should not be doing all it can to uphold the economic, social and cultural rights of its citizens. And what the shadow report clearly shows is that in general economic, social and cultural rights are not respected, protected an fulfilled, especially for women, and specifically vulnerable groups of women, such as pregnant women and women abandoned by men who left to work abroad, children, especially children of abandoned migrant families, people with disabilities, orphans and asylum seekers and refugees.”

During the briefing for the Committee, NHC underlined that the Tajik Government should do more to uphold these rights and a good start would be to start benefiting form the expertise and experience from NGOs such as those NGOs presenting the shadow report.

In particular, Zdzislaw Kedzia, the Vice-chairperson of the Committee addressed the government about involvement of civil society in implementation of the Concluding Observations and Recommendations of the Committee. Special attention was given to the rights of women and persons with disabilities, as well as the ways existing and newly introduced policies address the needs of vulnerable groups in Tajikistan. For a summary of the Committee consideration of the Tajik report see here.

The shadow report and informal meeting are part of an advocacy strategy geared towards increasing rights-based policy making by the Tajik Government. NHC has cooperated for over 3,5 years now with Tajik NGOs, and lead partner Nota Bene, supporting advocacy efforts to make sure that respect, protection and fulfillment of economic, social and cultural rights are the ultimate goal of policies, legislation and strategies and guide implementation of these. At the same time these rights should guide the process of developing policies, legislation and strategies.

On March 6th the UN Committee on Economic, Social and Cultural rights published its Concluding Observations on the implementation of the International Covenant on Economic, Social and Cultural Rights (ICESCR) in Tajikistan following its review of this country last month. The Concluding Observations highlight the failure of the Tajikistani Government to take adequate measures to implement recommendations addressed to it by the Committee after the first review of the country in 2006, resulting in a lack of substantial improvements in key areas of economic, social and cultural rights.

In the Concluding Observations, the Committee touches upon almost all rights enshrined in the Convention on Economic, Social and Cultural Rights and focuses on a broad range of marginalised and vulnerable groups in Tajikistan. Many of the issues covered in the Concluding Observations were addressed in the alternative report to the Committee by a coalition the Tajikistani NGOs, supported by NHC and IPHR.

The outcome of the ICESCR review will be the basis for further initiatives by members of the Tajikistani NGO coalition to promote the realization of economic, social and cultural rights. With support of the NHC and IPHR, they will translate the Concluding Observations into Russian and Tajik and disseminate them among their networks and media. They will also organise workshops in different regions in Tajikistan to inform civil society actors about the outcome of the review. At the same time, they will make all efforts to engage with Government officials on the implementation of the Concluding Observations and use them as a reference in efforts to monitor and provide input on policies and legislation affecting economic, social and cultural rights.