Eren Keskin, a prominent human rights lawyer from Turkey, is at risk of a lengthy imprisonment in retaliation for many years of exercising the right to freedom of expression and the right to defend human rights relating to taboo issues in Turkish society. The undersigned organisations call for urgent international action to prevent the imprisonment of Eren Keskin. 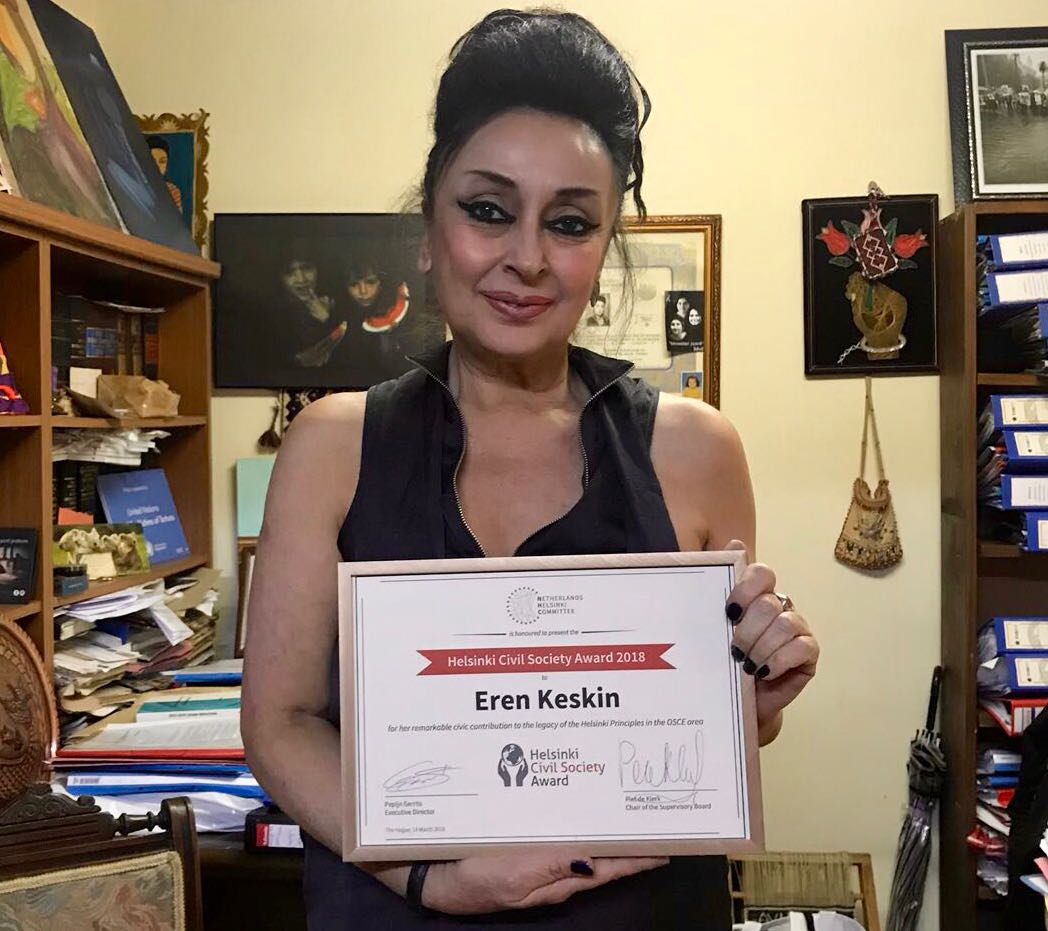 Eren Keskin (1959) is a lawyer and co-president of the Human Rights Association in Turkey (İHD). Having worked on contested human rights issues for almost thirty years, Keskin has contributed to the protection of minority rights, countered violence against women, and campaigned to challenge militarism and end torture. Keskin is the founder of a legal office providing pro bono services for trans-persons and women who were raped or sexually abused by the national security forces. An honorary member of the Paris Bar Council, Keskin is the winner of multiple international awards for her peace and human rights work, including the 2018 Helsinki Civil Society Award.

In retaliation for her human rights activities, Keskin has been subject to multiple instances of persecution and harassment, including assassination attempts. An ardent advocate of freedom of expression, Keskin was sentenced and imprisoned in 1995 for using the word Kurdistan. Today, again, Keskin is at immediate risk of the imposition of an exorbitant amount of monetary fines, and of imprisonment for the rest of her life.

In support of the right of freedom of expression and a symbolic gesture of support to the imprisoned editorial staff, from 2013 to 2016 Eren Keskin held the title of ‘editor-in-chief’ for Özgür Gündem, one of the few independent newspapers in Turkey critical of the government and known for its extensive reporting on the Kurdish-Turkish conflict. Due to her title as ‘editor-in-chief’, over 120 cases have been lodged against her in Turkish courts.[1] Keskin was targeted by criminal convictions for news and articles by other authors exercising their right to freedom of expression. According to the Turkish Press Law, editors-in-chief can be indicted for publications in cases when the responsible authors cannot be held to account.

…over 120 cases have been lodged against her in Turkish courts”

Six of these cases have resulted in court rulings with all appeal options already exhausted. The convictions are for ‘insulting the President’ and for ‘failure to publish article corrections in the newspaper’. Fines of nearly €14,500 (TL 72,000) have been imposed upon Keskin. Failure to pay the outstanding monetary fines would result in approximately 8,5 years of imprisonment. Only four cases have been concluded in favour of Keskin, either due to decisions of acquittal or due to the statute of limitations.

In a further 69 cases, Eren Keskin has been pronounced guilty but they are still under review before the Court of Appeals or the Supreme Court. Unless the decisions of the courts of first instance are reversed, a cumulative sentence of 12,5 years and a fine of approximately € 93,000 (TL 460,000) will be imposed on Keskin, in particular due to following offenses: ‘spreading propaganda for an armed terrorist organisation’ (Law on Fight against Terrorism, Article 7(2)), ‘denigrating the Turkish nation, the Republic of Turkey, institutions and organs of the State’ (Turkish Criminal Code, Article 301), ‘insulting the President’ (Turkish Criminal Code, Article 299)[2], ‘failure to publish article corrections in the newspaper’ (Press Law, Article 18), ‘revealing the identity of the accused’ (Press Law, Article 21(c)), and ‘insult’ (Turkish Criminal Code, Article 125).

In 69 cases, Eren Keskin has been pronounced guilty”

As of April 2018, there are still 47 cases against Keskin awaiting convictions. Court sessions in trials related to her title as the ‘editor-in-chief’ of Özgür Gündem will be held on May 3 and 7, 2018[3]. Additionally, Keskin is one of the nine defendants, including advisory board members, journalists and the editorial director of Özgür Gündem, in another ongoing prosecution, which includes terrorism-related offences. This prosecution carries the risk of a sentence of up to 24 years in prison. The next court session in this case is scheduled for June 4, 2018.

In addition to indictments related to her editor-in-chief title with Özgür Gündem, Keskin has also been charged for statements she made[4] after the shooting of a father and child by police in South-Eastern Mardin’s Kızıltepe district in 2004[5], and for an article she wrote on alleged abuses by the armed forces, entitled ‘The Radical Evil’.

In addition to the mounting indictments, Keskin’s ongoing work as a human rights lawyer is challenged as well: the legal team of the Office of the President of Turkey has filed an application to the Istanbul Bar Association to impose disciplinary measures on Keskin, which may result in disbarment. A travel ban has also been imposed on Keskin.

In the context of flagrant abuse of judicial power in Turkey against Keskin and ongoing legal harassment of representatives of the human rights community in the country, the undersigned organisations call for high-level political attention to the case of Eren Keskin.

The undersigned organisations call upon the UN Special Rapporteur on the Situation of Human Rights Defenders, the Council of Europe Commissioner on Human Rights, the OSCE Representative on Freedom of the Media and the UN Special Rapporteur on the Independence of Judges and Lawyers to make urgent interventions with the Turkish government to mitigate imminent threats to Eren Keskin, pleading to acquit Keskin.

The undersigned organisations call upon the EU and its Member States as well as other international agencies and bodies in dialogue with the government of Turkey to:

The undersigned organisations call upon the Turkish authorities to:

Download the PDF of the International Call in English or Dutch. 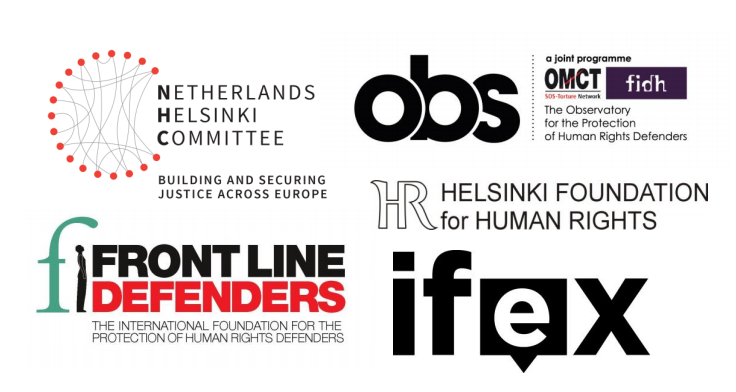 [1] Özgür Gündem was shut down in August 2016 by a court order following the coup d’etat attempt in Turkey, while several criminal charges were brought against its journalists and editors. More than 100 persons voluntarily named themselves as editor-in-chiefs on a rotating basis.

[2] Eren Keskin was found guilty for a headline ‘Tens of Thousands Speak Out from the Square where the Peace was Murdered: Murderer Erdogan’ by a contributor to Özgür Gündem that was published after the bombing of a peace demonstration on 10 October 2015 in Ankara, in which over 100 people were killed.

[3] Other defendants in trials scheduled for May 2018 include Huseyin Aykol as the editor-in-chief, Reyhan Capan as the editorial director and Zuheyla Yilmaz as one of the writers of the articles subject to charges.

[4] Keskin words were as follows: ‘The State has a brutal perspective, which could even slaughter a 12 year-old child. Turkey should provide an account of its actions. It has a dark history.’