Why is Hungary Angry at Finland?: Debate over Rule of Law in Hungary 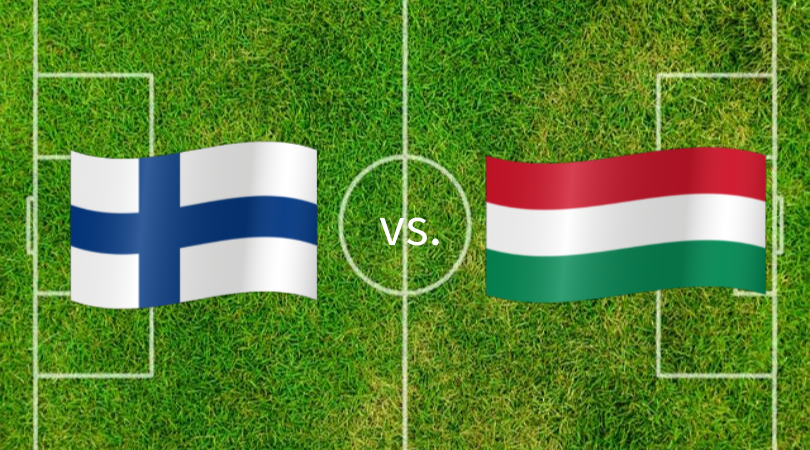 Last month, the Helsinki Times released an article titled, “Finland, the new enemy of Hungary.” Since then, several other articles have come out covering growing tensions and the “war of words” waging between the two countries (You can find more coverage here, here, and here). But what has happened to cause a rift between two seemingly unrelated countries, normally only mentioned in the same sentence when discussing which one of them won the qualifying match in the UEFA Nations League Championship?

In July this year (2019), Finland took over the rotating Presidency of the Council of the EU. During the presidency, Finland plans to prioritise strengthening the rule of law by, inter alia, trying to tie EU funding to the respect of rule of law. These plans are seen as a direct threat to Hungary. Recently Hungary has been under fire for the state of rule of law (or lack thereof) in the country. Last year the European Parliament voted to trigger Article 7 procedures against Hungary and Poland. This was the first time the Parliament has called on the Council of the EU to act against a member state to prevent a systemic threat to the EU’s founding values. Finland’s prioritisation of strengthening the rule of law can be seen as a response to this call and therefore an act against the Hungarian government.

What has been going in with regards to the rule of law in Hungary?

In October last year (2018), Marta Pardavi, Co-chair of the Hungarian Helsinki Committee and András Kocsis, Ambassador of Hungary to the Netherlands, debated the rule of law in Hungary during a panel discussion organized by Leiden University. The event presented audience members with the opportunity to hear the civil society and government perspective of this polarising topic.

This article was originally posted on 9 October 2018.

Márta Pardavi, Co-chair of the Hungarian Helsinki Committee (HHC), and András Kocsis, Ambassador of Hungary to the Netherlands, spoke in a panel discussion at Leiden University Law School on 27 September 2018. Rick Lawson, Professor of European Law at Leiden University and NHC Committee Member, organized the panel discussion on “Rule of Law in Europe and Hungary.” Rule of law in Hungary has been a topic of international focus due to the recent European Parliament vote to trigger Article 7 Sanction procedures against Hungary for eroding democracy and failing to uphold fundamental European values. NHC Director Pepijn Gerrits, who attended the panel discussion, recently addressed this topic on Dutch radio.

Debate on the rule of law in Hungary has been universally biased, says Ambassador Kocsis

Ambassador Kocsis began the panel discussion by stating that debate on the rule of law in Hungary has been universally biased. As such, he was thankful for the opportunity to address “the other side of the coin.” Indeed, Kocsis was so disparaging about recent debate on the rule of law in Hungary that he referred to the recent Article 7 vote in the European Parliament as “acts of political theatre,” alluding that “MEPs (Members of European Parliament) might not be in their right minds.” Discussing the definition of the rule of law, the Ambassador outlined four key features of the concept: accountability, just legislation, open government and accessible and impartial resolution mechanisms. Hungary, he argued, is a country in which the four pillars of rule of law are upheld and accusations suggesting otherwise are both “patronizing and condescending.”

Ambassador Kocsis strongly denied reports of media bias and government attempts to limit the work of NGOs within Hungarian civil society. He stressed that Hungary’s government, currently led by Viktor Orbán, has consulted the Hungarian people before every major decision and that, as such, legislation passed by the government reflects the will of the people. Addressing recent and controversial NGO legislation passed by the Hungarian government, Kocsis argued that the law – which requires NGOs receiving more than €22,000 of foreign funding to register as foreign funded organizations – aims to increase transparency and does not affect the ability of NGOs to carry out their work. The Ambassador pointed to the existence of 60,000 civil society organizations in Hungary to illustrate his point and noted that the legislation differs minimally from other EU member states. Urging “caution when criticiz(ing) each other’s systems,” the Ambassador’s message seemed to be that those who live in glass houses should not throw stones. 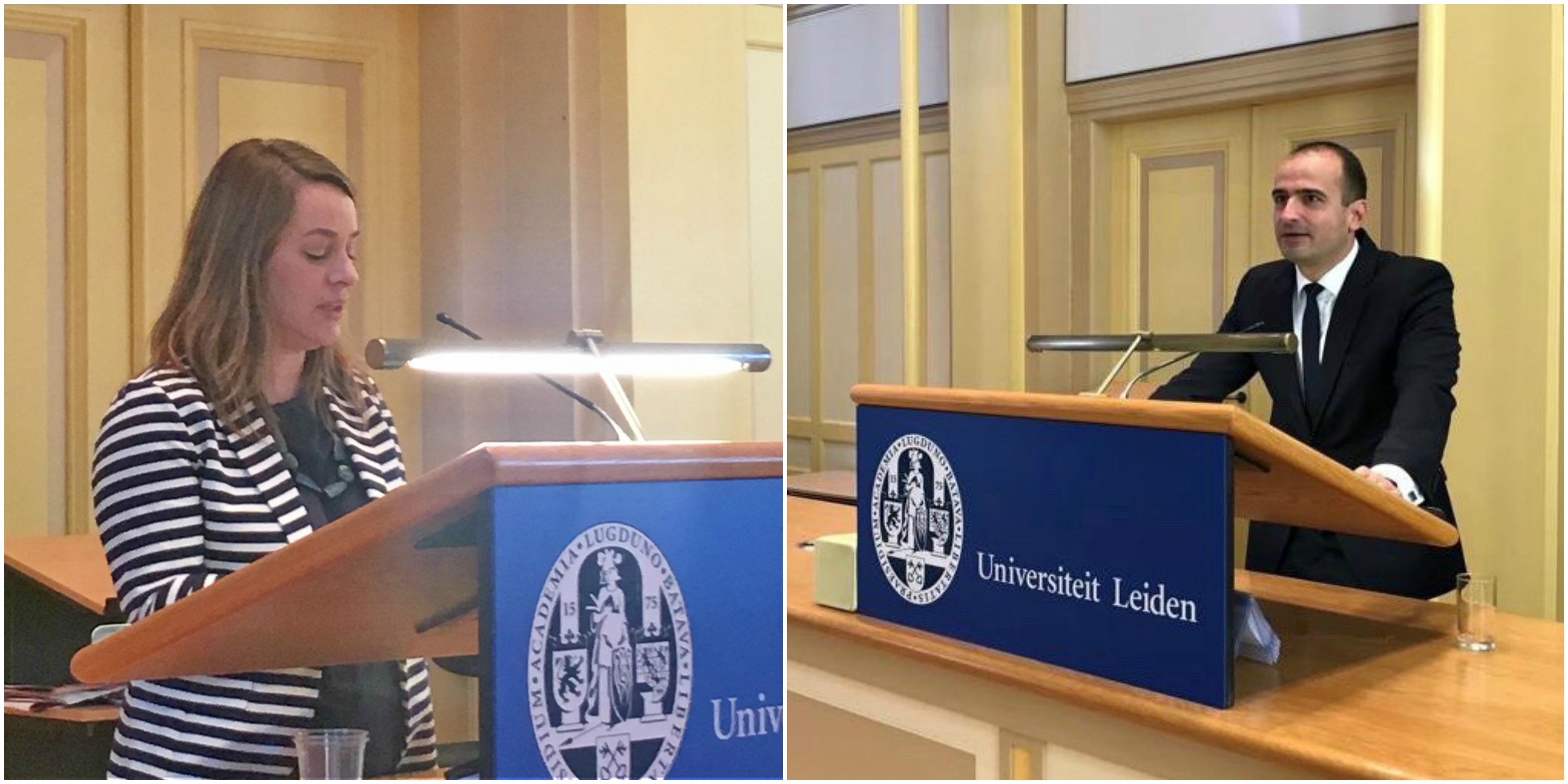 Pardavi, like Kocsis, welcomed the opportunity to debate the rule of law in Hungary and described the panel discussion as an “exceptional opportunity” for dialogue between two parts of Hungarian society that rarely get to meet. However, Pardavi strenuously rejected Ambassador Kocsis’ portrayal of the rule of law in Hungary. The very fact that dialogue between civil society and the Hungarian government is so exceptional, she argued, reflects the general atmosphere in the country; a context in which voices critical of the government and its legislation are subdued and stigmatized as a threat to national security. Pardavi argued that there exists “stark and alarming differences” between the legal order described by Ambassador Kocsis in his speech and the realities of practice on the ground in Hungary. The recent actions taken by the EU parliament are not, as stipulated by Ambassador Kocsis, acts of “political theatre” but rather a reminder of how serious the situation in Hungary has become. Pardavi clarified that the controversial NGO legislation sends a “clear and chilling message” to civil society; name that involvement in some areas of policy – notably migration – will not be tolerated and will be met with punitive attitude from the government and its supporters.

NGOs cannot possibly function at full capacity in an environment in which they could be prosecuted for proving lawful legal advice to refugees and asylum seekers.” – said Márta Pardavi

To illustrate this point Pardavi highlighted recent legislation, passed into law in June, which criminalizes work seen as encouraging migration to the country. Contrary to Kocsis’ claims, Pardavi argued that such legislation does affect the ability of NGOs to carry out their work. NGOs cannot possibly function at full capacity in an environment in which they could be prosecuted for proving lawful legal advice to refugees and asylum seekers protected under international law. Pardavi noted that, contrary to Ambassador Kocsis’ claims, Hungary is alone among EU member states in implementing legislation that so clearly restrict NGOs’ freedom of expression and right to good reputation. Continuing her rebuttal of Kocsis’ assertion – that the rule of law is upheld in Hungary – Pardavi noted that hostility towards NGOs and broader civil society is not limited to legislative actions alone. NGOs face concerted campaigns of media bias in Hungary and human rights lawyers and defenders, notably those working in the field of migration, face intimidation and outright hostility. Indeed, Open Society Foundation, an international civil society network, has announced that, in response to the increasingly repressive political and legal atmosphere in Hungary, they will be moving their international operations in Hungary from Budapest to Berlin.

According to Ambassador Kocsis, recent disagreements between Hungary and the EU stem from a broad ideological conflict between liberal democracy, in the EU, and Christian democracy, in Hungary. Kocsis argued that the EU’s liberal democratic states, in which the rights of the individual are seen as more important than the interests of the community, have failed to acknowledge Hungary’s unique Judeo-Christian heritage and its right to place the interests of the community ahead of the rights of the individual. This ideological battle, he argued, is played out most clearly in the domain of migration. Kocsis claimed that migration and integration have failed. The government, he argued, has “both a right and a duty” to “protect” Hungary’s Judeo-Christian tradition and history from mass migration. To “keep Hungary as a Hungarian State.” Kocsis argued that in pursuing anti-migration legislation, the Hungarian government is only reflecting the will of the Hungarian people and acting to protect Hungarian family life.

Pardavi however stressed that the actions of the Hungarian government do not reflect the will of the Hungarian people. Many Hungarians, Pardavi argued, are “proud of being European and of (their) right and duty to protect fundamental rights.” Pardavi highlighted the importance of defending Europe’s fundamental values and argued that the Hungarian government should not be allowed to cast their xenophobic and politically motivated actions as being reflective of the will of the Hungarian people. Pardavi concluded her address by calling on European citizens to stand up for the type of democracy they want to live in – a democracy in which there is vibrant free speech and in which diversity is seen as a strength and not a weakness.

Rule of Law is Not Only a National Matter