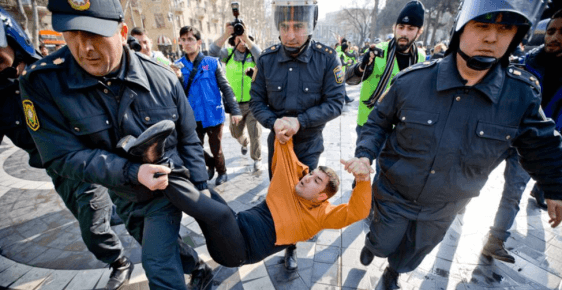 On 30 January, two European NGO-coalitions issued an appeal protesting recent arrests of scores of demonstrators in Baku, Azerbaijan, followed by heavy fines and in some cases by administrative detention. The Netherlands Helsinki Committee is a signatory to this appeal. It calls on the Council of Europe and the European Parliament to take into account these new repressive measures in their decision-making related to Azerbaijan.

For more information read the full text of the NGO statement.