IN MEMORIAM: Lyudmila Alexeyeva, Co-founder of the Moscow Helsinki Group, Passes Away at 91 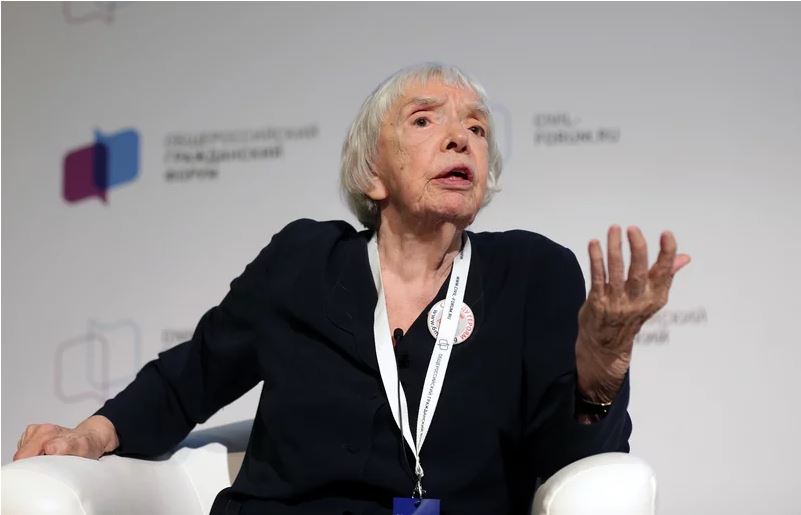 Lyudmila Alexeyeva, the informal leader of the Russian human rights movement, has died aged 91. Alexeyeva, who passed away at a Moscow hospital on the evening of 8 December 2018, co-founded the Moscow Helsinki Group in 1976. Its members were quickly prosecuted or forced into exile by Soviet authorities but the group was resurrected during the Perestroika period and, having returned from exile, Alexeyeva led the organization from 1996, and served as Chair of the International Helsinki Federation. She was a member of the Presidential Council for Civil Society and Human Rights until her death.

The Council has released a statement, written by Alexeyeva for a conference of the Moscow Helsinki Group, on the occasion of the 70th anniversary of the Universal Declaration of Human Rights.

The address celebrates the remarkable progress made in the field of human rights since 1948, but also warns against increasing threats:

“... it is worth noting the unconditional progress in the development of international law, the abandonment of the colonial system, the gradual abolition of the death penalty, the global fight against discrimination and racial prejudice, for equality of women and men, more and more people on the planet living in freedom and democracy. We still managed to avoid a new global war, and in general the intensity of military conflicts still tended to decrease. This progress would have been impossible without an active movement of human rights defender and humanists around the world!

At the same time, we must admit with you that as we move further away in time from the lessons of WWII, the new generations relate more and more to cynicism and carelessness to the well-established and durable system of values and institutions, constantly and increasingly testing them for strength.

The growth of political populism and nationalism against the background of the migration crisis, conflicts on religious grounds, the renaissance of authoritarian rulers and dense national worldviews in certain parts of the world, the refusal of international obligations by individual states (including Russia, which is especially regrettable for us) – endangering all our important but fragile gains of the past, and placing new challenges on your shoulders.”

Alexeyeva emphasises the importance of reaching out to the general population and building a broad human rights movement:

“I think this is our most important task – to get out of the conventional ‘ghetto’ of comfortable communication with like-minded people or narrowly thematic expert work and go to the masses, engage in enlightenment at a new level with new approaches, technologies and people.

It is precisely broad human rights and, more broadly, humanistic education that should be one of our most important tasks.

We must also strive with all our might to preserve our unity and benevolence within the movement! We may disagree on the tactics of achieving the stated goals and in individual views, but in order to achieve common strategic goals, we must be tolerant of our differences, respect and support each other, and not allow the authorities to provoke us into internal strife and mutual distrust.

We perfectly see how weak the civil society, legal culture and democratic institutions in our country are so far. It is naive to think that only our authorities are guilty of this exclusively. Yes, we are really unlucky with the authorities, but the fact that these authorities can, through simple propaganda and manipulation, rely on the support of the majority of our fellow citizens, is our fault too.”

The address also calls for solidarity among human rights defenders and the importance of international networks of cooperation:

Alexeyeva concluded her statement with a powerful appeal to those who seek to promote and defend human right:

“We must appeal to values, historical experience and common sense. It is very difficult, but necessary and if we are persuasive, consistent and solid, then success will definitely be on our side. Believe me, I know what I’m talking about. When we began our difficult path in the defence of human rights, we had far less reason for optimism than today, but we believed in the success of our hopeless cause! I wish you all the same faith, as well as strength and good luck, with all my heart today!“