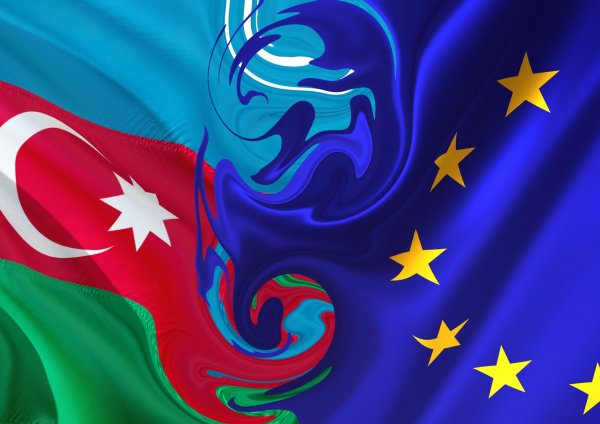 In March 2020, the Human Rights Club (HRC – Azerbaijan) and the NHC submitted recommendations to the European External Action Service (EEAS) ahead of the annual EU-Azerbaijan Human Rights Dialogue. Every year, the European Union (EU) holds such consultations with over 40 third countries, in which it specifically dedicates attention to human rights. This year, from 4-5 March, the EU and its Azerbaijani counterparts met in Brussels, Belgium.

The Dialogue provides an important opportunity to encourage Azerbaijan to uphold its international human rights commitments. In support of this, the HRC’s and NHC’s recommendations addressed the issue of political prisoners, the discouraging environment in which civil society organisations try to operate, and the lack of genuine and effective implementation of the judicial decisions of the European Court for Human Rights (ECtHR), to which Azerbaijan is bound.

Right to freedom of association

The right to freedom of association is core to any healthy democratic society. It entails that everyone, irrespective of their backgrounds and the field in which they work, has the right to organise and participate in groups that aim to protect their own and others’ interest. Typical examples include trade unions, political parties, student associations and civil society organisations. The latter are particularly important because they provide opportunities to bring communities together for collective action, mobilise society to articulate demands and voice concerns, and hold governments and institutions to account. This fundamental freedom is also crucial for the work of human rights defenders.

The ECtHR provides the last instance to ensure the real protection of fundamental rights. If governments do not fulfil their obligation to provide justice to victims and ensure that the same problem does not reoccur in the future, victims can lodge an application to the Court. However, as former Council of Europe Secretary General Thorbjørn Jagland stated, “Judgements from the ECtHR … mean little if they are not put into practice.” Main challenges in this regard include persistent shortcomings in the national implementation of the European Convention on the Protection of Human Rights and the need to consistently reaffirm states’ legal obligation to fully implement the Court’s judgements.

Since the last EU-Azerbaijan Human Rights Dialogue held in February 2019, the overall human rights situation in Azerbaijan has shown little real improvement. While the release of over 50 political prisoners by Presidential pardon on 16 March 2019 was welcome, the lack of genuine legal reform and the continued ad hoc nature of implementation of provisions of international law to which Azerbaijan is bound remain problematic and prevent human rights defenders and the general public from enjoying fundamental freedoms.

Human rights defenders in Azerbaijan continue to be the target of threats, harassment, and even torture and ill-treatment. Moreover, the criminal justice system continues to execute arbitrary convictions of human rights defenders, effectively silencing dissenting voices and halting their peaceful and legitimate activities. Currently, more than 100 political prisoners, including human rights defenders, journalists, academics, anti-corruption activist, and religious activists, are behind bars as the result of spurious allegations. As their detention has no legal basis, their rights to a fair trial are effectively denied.

Judgements from the ECtHR … mean little if they are not put into practice.” – Thorbjørn Jagland

With regards to freedom of association, the “foreign-agent” restrictions stemming from the 2014-2015 legal reforms continue to be serious obstacles for the peaceful activities of non-governmental organisations (NGOs). And while the ECtHR has ruled in favour of a number of human rights NGOs in Azerbaijan, including the HRC, it remains unclear when and to what extent authorities will adhere to those rulings and implement the necessary structural changes to allow human rights defenders to exercise their rights freely.

The discouraging human rights record of Azerbaijan continues to be exacerbated by corruption. The related dissatisfaction with the situation of socio-economic rights in the country has resulted in a number of protests throughout 2019. During two peaceful demonstrations in October, authorities violently dispersed crowds and arrested some. Despite this, the dissatisfaction among the population of the state’s actions has not wavered. Until Azerbaijan undertook measures to combat COVID-19, there had been small weekly protests at the entrances to relevant state institutions. Despite the government’s deepening restrictions of both individuals and the organisations through which they work, human rights defenders continue their valuable work, both in Azerbaijan and abroad. For real change, both internal and external pressure on the authorities of Azerbaijan and demand for accountability are essential.

The complete analysis and recommendations made by the HRC and NHC for the 8th EU-Azerbaijan Human Rights Dialogue can be read here: March 2020 Recommendations.

* A debrief for civil society organisations on the meeting has been postponed for an indefinite period due to COVID-19 measures.