The fight for human rights & democracy in Ukraine: Rehabilitative justice as a shared European value

“Respect”, “never again”, “friends”, “help”, “peace, “understanding”, “no fear”, “family”, “living”, “normal daily life”, “love” and “an undivided Ukraine” are just some of the powerful sentiments expressed by the protagonists of a short video filmed on the streets of Riga, Latvia in November 2022, by PR specialists of the Ministry of Justice and the Center for Probation of Ukraine together with their Latvian colleagues.

For most of the participants of the probation PR and communications training in Latvia, this was one of the first times they left Ukraine since the full-scale attack on their country began on 24 February 2022. The training was specially tailored to audio-visual communication; just one in a dedicated series of PR trainings for Ukrainian colleagues that took place during the past three challenging years. One product of the training was this video clip that tells a true story: the story of humanity, inclusion, support, and undivided care among people for one another.

Please click on [CC] ‘closed captions’ to watch the video with subtitles.

The difficult task of attempting to master sensitive storytelling has been visualised by the creative and passionate team of trainees and skilled mentors behind it. They are Dmytro Kravchuk (camera and co-editor), Inna Popova (camera), Katerina Denisyk (interviews and edits), Valdis Krūmiņš (videographer, video and sound post-production), Toms Skabārdis of St.Brothers Brand Agency (advisor), Imants Mozers (producer, story, final cut).

I am very proud of the dedication, enthusiasm, and creativity that the team showed. Storytelling is something any one of us understands from the time when we were children. The same is now when we are grown-ups. The team’s task to learn more about impactful storytelling with the help of video was an extraordinary and refreshing experience. We planned to focus on probation and alternative sanctions in this video, and in the end, I think we still did – though maybe in a more subtle way. What the team achieved with the story of the clip is to show what human rights, democracy, rule of law, inclusivity, and support stand for, and these key topics are also at the core of what probation is. Learning creative ways to share people’s stories is a great way to become more skilled in talking in-depth about very practical topics, in a way, that is meaningful and relatable to the viewer. It was apparent that during the production we couldn’t escape the topic of the war and hardship Ukrainian people endure, so, it was natural to look for hope, and dedication that is shared among people, and retell that in the video. With this clip, we hope to encourage viewers to look for the good in themselves and invite them to share that with the ones in need. – Imants Mozers, Head of PR of The State Probation Service of Latvia (PR Expert on ‘Probation and Alternative Sanctions in Ukraine’). 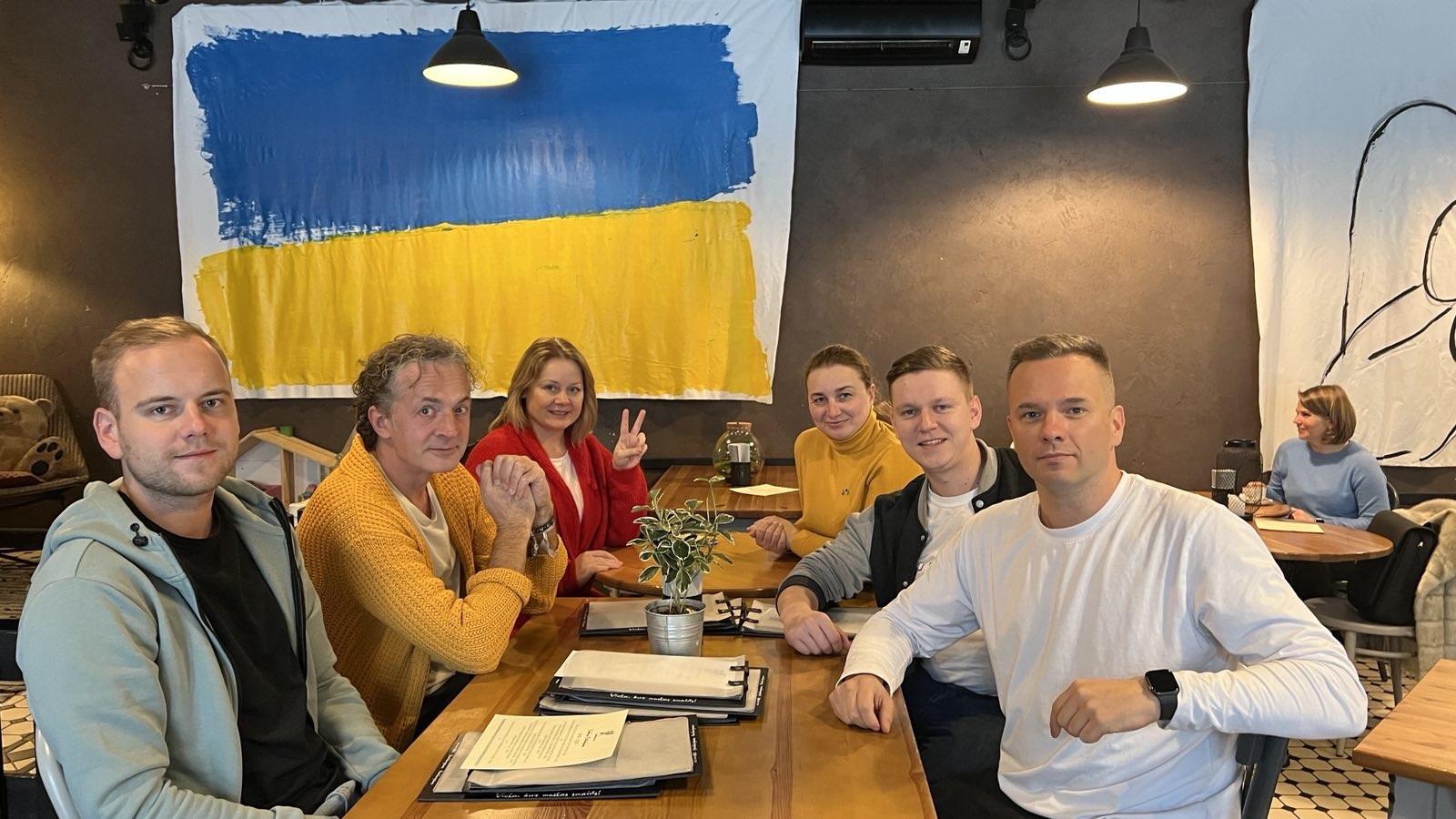 The development of probation and alternative sanctions in Ukraine has proven to be much more than just a project – for many partners and participants it has been a lifeline in tough times, and a way to keep engaging in a successful transformation towards a more rehabilitative justice system – and ultimately a free and democratic Ukraine.

As Olena Vysotska, Vice Minister of Justice for Ukraine noted during a roundtable discussion with donors and partners in June 2022 in the Netherlands:

Ukraine is now going through the most challenging times in its history, fighting for what we believe in: our shared European values. And despite everything, it is important to see some opportunities … There isn’t often momentum in any country from all branches of government to act as one. At the moment, there is unparalleled unity and unprecedented political will in Ukraine to not only keep fighting but to transform the country … continuing on the path of transformation toward Europe which we started in 2014.

How it all began

Following the Maidan revolution of 2014 and the ensuing democratic reforms, in 2015 the Ukrainian parliament adopted a law providing the legal basis for the creation of a fully-fledged probation service, and the possibility to work with alternative sanctions for minor offenses. The adaptation of this law was the first step towards a more rehabilitative criminal justice system in Ukraine, which would ultimately contribute to a more humane, and safer society.

Together with the Center for International Legal Cooperation (CILC), the Dutch Probation Service, the Ukrainian Centre for Judicial Studies, and with the support of the PR office of the State Probation Service of Latvia, in 2017 the Netherlands Helsinki Committee embarked on a project to support the ongoing reform in Ukraine’s criminal justice sector. This MATRA  project, funded by the Dutch Ministry of Foreign Affairs, has focused on working with all actors in the criminal justice chain with its aim to operationalise the new probation system and to promote an individualised and tailored approach to sanctioning.

At the time, the probation service in Ukraine was only a few years old; it was a completely new kid on the block in the criminal justice chain. The judiciary was not yet convinced about alternative sanctions, while the general public was largely unaware of the concept, and the communications budget of the probation service was close to non-existent… – Koen Goei, NHC’s Criminal Justice Reform Programme Manager mentioned during his presentation on “Building up a probation” at the CEP Conference in Prague, October 2021 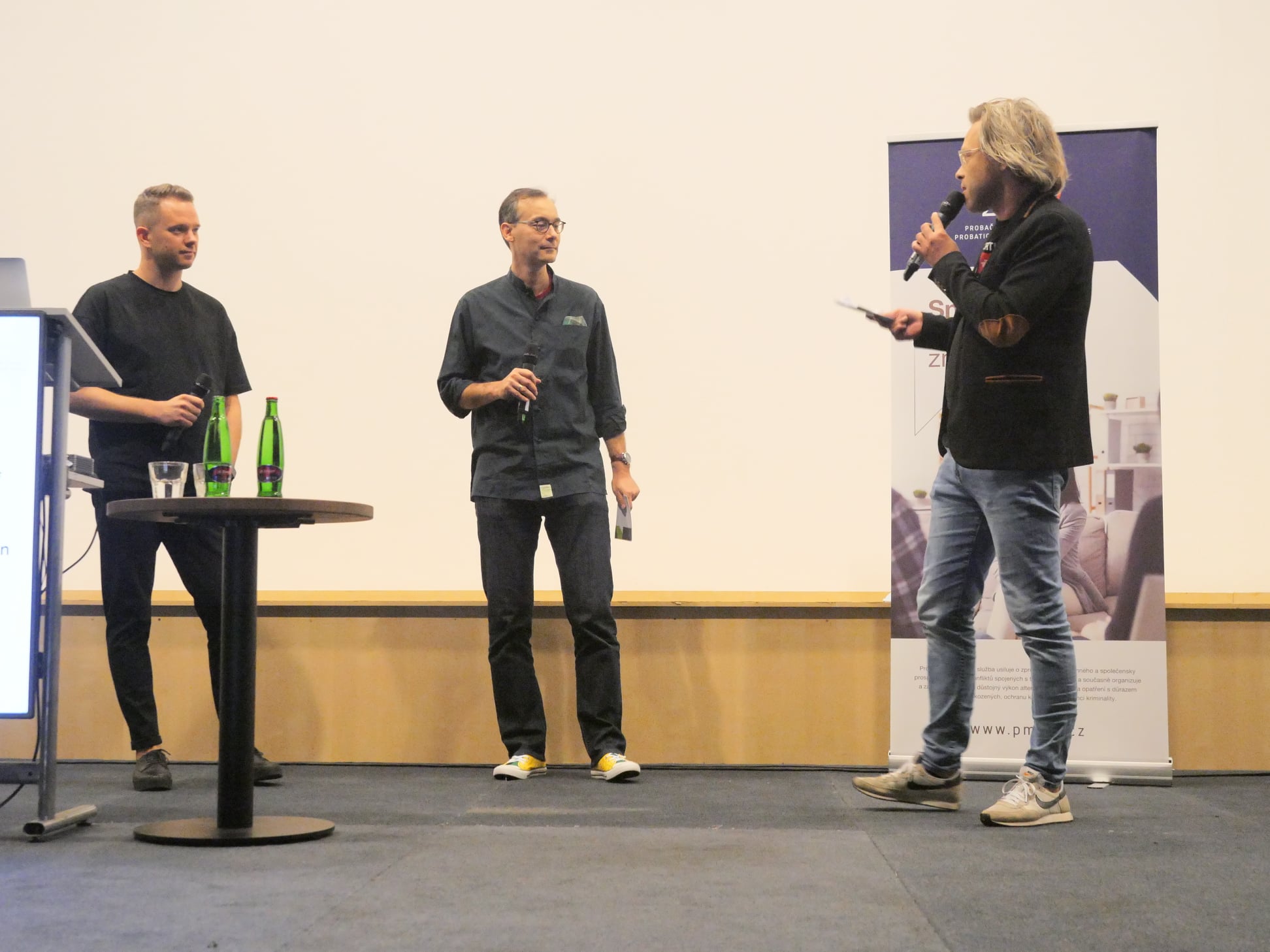 Imants Mozers, Koen Goei, and Jochum Wildeman during the CEP Conference on Probation in Prague, October 2021.

From these humble beginnings, the development of probation and alternative sanctions in Ukraine reached many significant milestones in the years to come, not in the least because of the very warm and transparent cooperation between all parties involved. Following several successful learning and development exchanges in 2018 and 2019, and a celebration of the fifth anniversary of probation in Ukraine in February 2020, one of the project’s biggest milestones was reached towards the end of 2021. This was the official roll out of a national communications and PR strategy focused on the benefits of probation by the Ministry of Justice of Ukraine, as developed by the NHC and CILC, and with the assistance of expert of The State Probation Service of Latvia.

Support in times of war

Unfortunately, celebrations of this successful milestone were short-lived, as 24 February 2022 marked the start of the full-scale invasion and war in Ukraine. In the early days, we looked for practical, short terms ways to support our partners, colleagues, and friends in on the ground. We joined statements in support of Ukraine, condemning Russian attacks. We made lists and overviews of local fundraisers and protests and issued targeted emergency support where it was most needed.

Inspired by the strength and resilience of our partners, we soon looked for ways in which we could continue to work together on supporting the issues that matter to us most: human rights defense, rights-based justice, and rule of law.

In June of 2022, we were fortunate enough to host Olena Vysotska, the Ukrainian Vice Minister of Justice, alongside a few colleagues, for a roundtable discussion with partners and donors on how we can best continue to facilitate change and justice reform in Ukraine in times of war. At the time, we were able to ensure additional funding for a full–scale pilot project on community sanctions in Lviv, with the support of the Dutch Ministry of Justice and Safety.

The PR trainings that preceded and followed the rollout of a national communications strategy for probation proved to be an invaluable component in advancing alternative sanctions in Ukraine. In the framework of the project “Probation and Alternative Sanctions in Ukraine” since 2019 many PR capacity-strengthening activities have taken place to improve the communication skills of Ukrainian colleagues. In this challenging year, it was even more important to be able to continue work on strengthening the PR component and it was possible to do so under the MATRA project, and with support from NHC, CILC, and with the assistance of The State Probation Service of Latvia.

Telling what we do and why we do it, is crucial for people to create a connection with each other. We need to understand and feel each other’s stories. Seeing PR and communication as an integral part of the project in Ukraine has brought us closer together and now we have a better understanding of what we want, need, and can do. We are saddened by the stories from Ukraine today, but we know that after the war, together we will have a chance to also smile when telling new stories. One could argue that we live in a very strange world today. In our daily lives and work, we did and keep on doing all for the world to be a better place, but regretfully we are constantly faced with new and bigger challenges. That said, communication has become not only an important element to our daily work, but it is now crucial to keep improving it to tap into everyone and be sure that we all stand for the same thing, that also probation stands for – humanity, resilience – normality. –  Jochum Wildeman, Head of International Department, Reclassering Nederland (Dutch Probation)

Every country has its different system, history, political constellation, and origin of probation officers, but in every country, one can spot people who have the right ‘probation DNA’: working on a positive relationship with offenders, caring for them, trying to give them insights into their problems and what they can do to address them, and have a realistic view on the prospects of offenders. It is heart-warming to see that even without sophisticated trainings, some people understand by nature what the essence of probation is.  – Leo Tigges, Senior Probation Expert with the NHC

‘Understanding the essence of probation’. In Ukraine, the drive to develop a rehabilitative justice system focused on a more humane, less punitive approach was and is much more than a ‘box ticking’ exercise. A rehabilitative justice system is one of the cornerstones of a just and democratic society – the kind all Ukrainians hope will emerge from the chaos of war; the kind that they are now fighting for.

As Sasha Romantsova of the Nobel Prize winning Center for Civil Liberties Ukraine noted during her keynote address in The Hague in early December:

This is what Ukrainian people are fighting for now. Not because fighting is in our DNA, as some like to say, but because we chose the path of democracy and self-determination over that of authoritarianism and dictatorship.

Our connection to the people of Ukraine – through a shared appreciation of self-determination and democracy, and an understanding that human rights stand at the very core of security and peace – shines through this video.