5 Years of Probation Ukraine: How Has It Contributed to Safer Societies?

Last month, Ukraine celebrated its fifth anniversary of probation with a first open forum. Probation is a type of sanction that was largely unheard of in Ukrainian society but has now set foot in the criminal justice system with the help of peers from the Netherlands and Latvia. At the forum, first successes could be shared, including a story that will not be easily be forgotten.

In 2015, the Ukrainian parliament adopted a law providing the legal basis for the creation of a fully-fledged probation service and the possibility to work with alternative sanctions for minor offences. Probation is a system of sanctioning without imprisonment. It is meant to provide offenders with guidance and support to change their lives for the better and prevent them from committing crimes again. 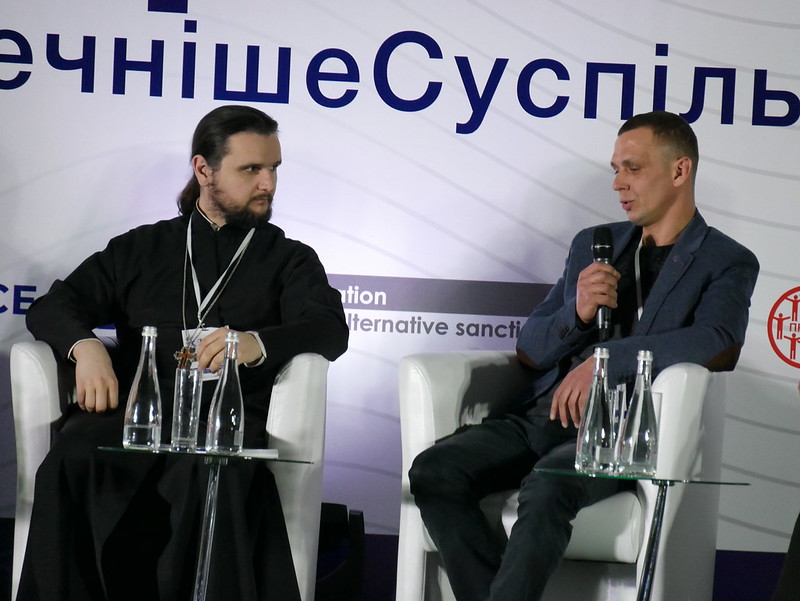 The forum, organized by the Probation in Ukraine with the support of NHC and CILC, brought together some 200 participants, ranging from public authorities such as the Ministry of Justice and the probation service to the judiciary, prosecution service, civil society, and representatives of the general public. Experts shared their insights to encourage a dialogue on the value of probation and alternative sanctions. “Probation reduces recidivism, stops repeated crimes which makes society safer,” said a panellists at the forum. Research has shown that probation’s prospect of the prevention of repeated crime is much better than long-term imprisonment.

We have the impression that once you are a convict you can never reenter normal life, but that’s not so, everyone should get a second chance”

Grygoriy Tonkyi grabbed the audience’s attention in particular. Growing up in challenging circumstances, Tonkyi got trapped in a vicious circle of addiction, petty crime and prison sentences. Recently, a judge decided to offer him an opportunity to break out of the circle by sentencing him to probation. “We have the impression that once you are a convict you can never reenter normal life, but that’s not so, everyone should get a second chance,” said Tonkyi, now a probation volunteer himself. He mentioned that probation not only provided him a chance at a better life, it also provided society with a contributing citizen. Tonkyi’s compelling story is available online to inform Ukrainian citizens about probation.

Dutch Ambassador Jennes de Mol applauded the contribution of the international actors (NHC, CILC, the EU, Canada, and Norway) to probation in Ukraine since 2017. By bringing together Ukrainian prosecutors and judges with their Dutch peers and organizing practical skills trainings, probation has been pushed forward. In addition, the probation service is supported with workshops and advice on communications. By involving Latvian expertise on public relations, the Ukrainian probation service can learn from a country which was on a similar journey only twenty years ago. 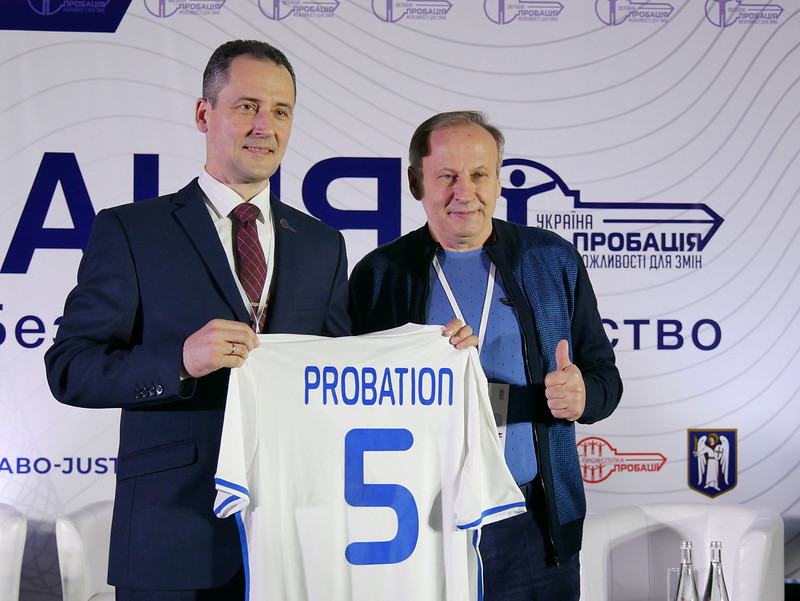 There is perhaps still a lot of work to be done in Ukraine: raising awareness among judges, prosecutors and the general public, updating laws and regulations and fine-tuning work processes, but progress has definitely been made and this gives hope for the future. As CILC Deputy Director Eric Vincken concluded, “This is the moment in time when Ukraine can make a difference. Ukraine can move from a penal criminal justice system to a system with attention for rehabilitation and resocialization, ultimately contributing to a bright future for the country.”

This article was originally published by CILC.