European Union leaders emphasized the importance of the rule of law and EU core values during the EU-Western Balkans Summit, which took place 6 May 2020. During a press conference following the leaders meeting, President of the European Commission Ursula von der Leyen stated that free press, which is the cornerstone of the democracy, is of particular importance when it comes to EU values. Also during a press conference President of the European Council Charles Michel said, “It is important to continue the reforms, the rule of law, the democratic values, the fight against corruption – they are essential.”

During the Summit, EU member state leaders adopted the Zagreb Declaration, reaffirming commitment to the gradual integration of Western Balkans into the EU. Leaders from the region have also aligned themselves with the document, reconfirming the EU as the first strategic choice for the region. Furthering integration of the Western Balkans into the EU, commonly referred to as the European Perspective, encompasses strengthening support for the political, economic, and social transformation of countries in region. 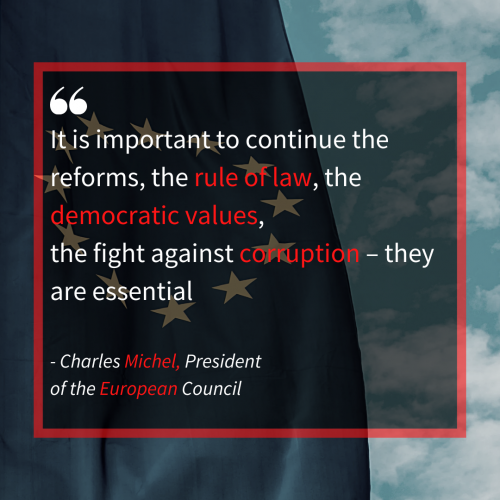 The meeting’s participants also addressed the topic of cooperation during the COVID-19 pandemic. Recently the European Commission mobilised a €3.3 package in support of the Western Balkans during this crisis. The need for cooperation within the region to facilitate economic recovery, boosting the region’s competitiveness to better connect Western Balkan countries with the EU, and working together on security and migration challenges, including fighting corruption and countering terrorism and extremism were mentioned. In his speech, President of the European Parliament David Sassoli emphasized that even during this crisis, “there can be no justification for suspending rights or denying parliaments their prerogatives,” a sentiment which has been repeatedly echoed by human rights organisations and institutions (including the NHC) through this period. Civil society will continue to monitor the follow up of the Zagreb declaration

Discussions about the Western Balkans in the Netherlands

In the lead-up to the Western Balkans Summit, a discussion took place on 4 May in the European Affairs Commission of the Dutch Parliament (Tweede Kamer) with Dutch Foreign Minister Stef Blok, for which the NHC also provided input. During the discussion parliament members Stieneke van der Graaf, Christian Union, and Achraf Bouali, D66, urged the Dutch government to make sure the EU supports and monitors the necessary reforms regarding the rule of law and the independence of democratic and independent institutions. Specifically, they called for the following:

Minister Blok assured members that the Netherlands is still committed to improving the rule of law in the Western Balkans.

Background and context of European integration of Western Balkans

Originally planned to take place in Zagreb— twenty years after the first EU-Western Balkans Summit also in Zagreb— the Summit took place online via video conferencing due to the COVID-19 pandemic. Despite the meeting being moved online, the Declaration adopted during the Summit was still called the Zagreb Declaration. Following some controversy at the end of last year over delays caused by France, Denmark, and the Netherlands, accession negotiations with North Macedonia and Albania finally opened earlier this year— fittingly under the EU presidency of Croatia, another Western Balkan country. In addition to North Macedonia and Albania, Montenegro and Serbia are other official EU candidates. Bosnia and Herzegovina and Kosovo are potential candidate countries. 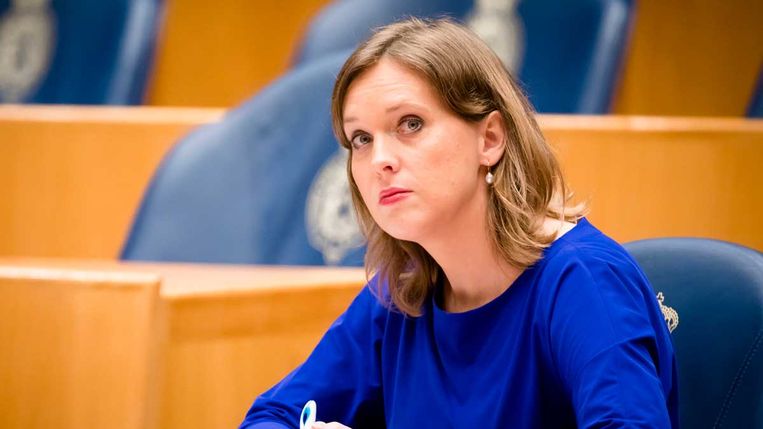 The Netherlands Helsinki Committee in the Western Balkans

For decades, the NHC has been working with civil society and public institutions on strengthening the rule of law and developing democratic institutions in the Western Balkans. Currently we have projects relating to criminal justice reform aim at improving chances for detainees of successfully re-entering society (in Albania, North Macedonia, Kosovo, and more broadly within the EPTA network); developing probation systems (in Serbia and Montenegro) improving the responses of the police to cases of LGBTI discrimination (in Albania). More broadly, each year dozens of representatives from government institutions, the judiciary, and oversight institutions all the Western Balkans (and Eastern Partnership countries) participate in the Matra Rule of Law Training Programme, giving representatives from those counties the opportunity to participate in high-level professional trainings on a wide range of rule of law related topics, here in the Netherlands. Similarly to EU-Western Balkans summit this week, the importance of the rule of law in accession to the EU and to the region as whole is frequently emphasized within the Programme. (Read “Rule of Law Fundamental to EU Accession” and “Rule of Law is Not Only a National Matter” for more)